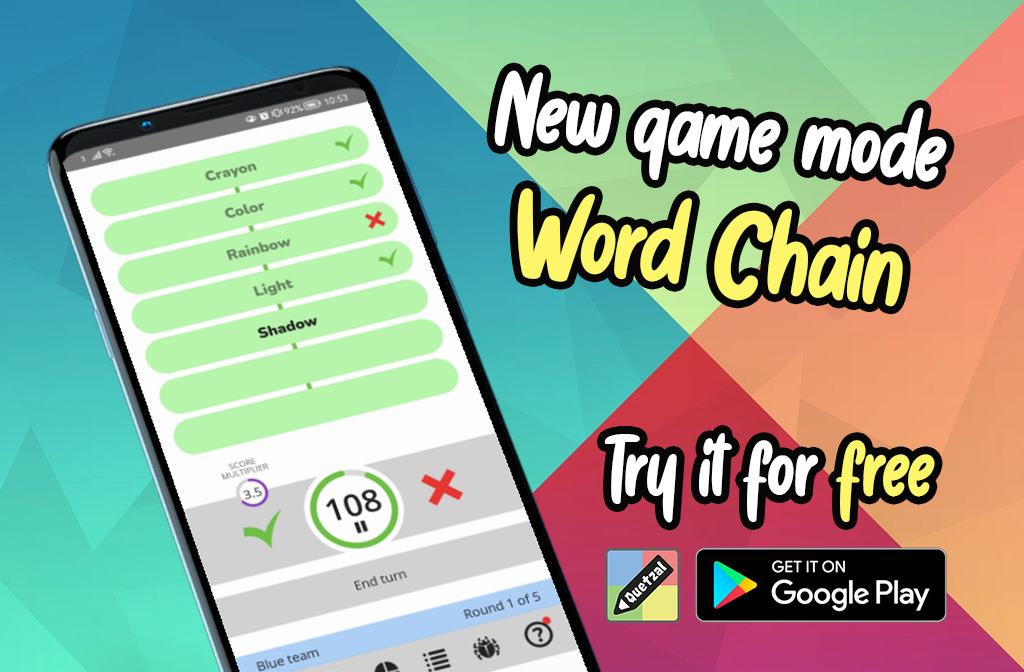 After several months and a lot of work, the time has finally come to announce Quetzal’s new game mode: ‘Word Chain‘!

Version 1.16 of the app will be available in December on the occasion of the StarSeeker Games Winter Holidays. An article about it will be published in a couple of weeks, with lots of updates and surprises.

As announced in the previous Winter Holidays article, the development of the Word Chain mode required a considerable amount of work, especially on the management part of the game (Content Management System), i.e. the part dedicated to creating vocabulary and word relationships.

The effort paid off, and it is now much easier to insert new content, remove duplicates and eliminate annoying spelling or translation errors that unfortunately can always happen.

How does it work?

The new Word Chain mode consists of having your team guess a list of seven words, each connected to the previous one by meaning.

It is a time-based mode: the less seconds you take to describe the seven words to your team, the higher your score will be.

Each word is described in a similar way to BuzzWord mode (and the famous Taboo game we covered in detail in a previous article), but without the constraint of forbidden words.

Words are revealed one at a time: players must then use the previous word as a starting point to describe the next one.

While the round is in progress, the seconds available to you will gradually decrease along with the value of a score multiplier. The faster you complete the chain, the more points will be awarded to your team at the end of the round.

The opposing team checks that no mistakes are made (e.g. if the ClueGiver accidentally uses the current word as a clue) and that the described words are correctly counted.

The team with the highest score wins the game.

Quetzal is now a mature project. There are currently no plans to include new game modes (never say never), however small improvements and new word packages will continue to be added in future updates.

Special thanks to all the people who contributed to the development and testing of the game, providing important feedback.

If you haven’t done so yet, you can download Quetzal for free from Google Play by pressing the button below.

The "Taboo" of board games 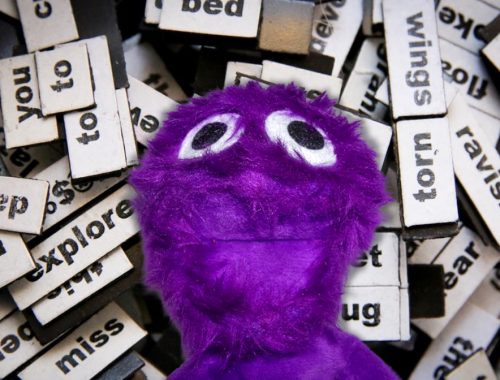 The “Taboo” of board games 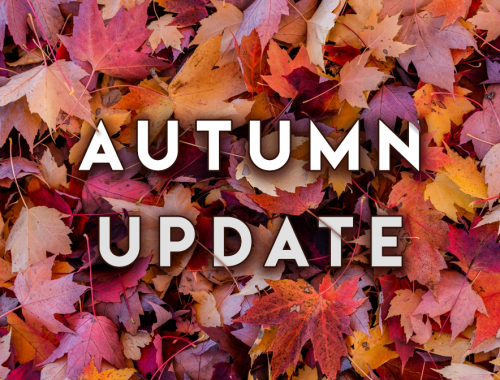 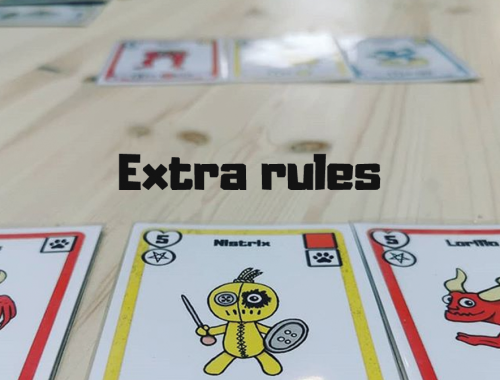